On my inability to improve decision making

Against stupidity the gods themselves contend in vain. - Friedrich Schiller

In 1966, the Massachusetts General Hospital Utility Multi-Programming System (MUMPS) was created as one of the first healthcare information technology platforms. Running on the “cheap” ($70,000) PDP-7, it spread to become one of the most common pieces of infrastructure in healthcare - to this day, if you walk into your doctor’s office there’s a good chance some part of what you see has MUMPS in its stack.

A few years later, researchers at Stanford using a computer with the approximate power of today’s wristwatches created MYCIN, a program capable of outperforming human physicians in diagnosing bacterial infections. Unlike MUMPS, such programs are still far from use in everyday care today: when I go to the doctor’s office I’m not diagnosed by computerized super-doctors but instead by the time-honored combination of human gut, skill and the occasional glance at a reference volume. Even “low-skill” jobs like calling patients to remind them about their appointments are still usually done by receptionists or temps with a printed call list; a process essentially indistinguishable from 50 years ago.

If people are better at making decisions, then we will be better at a whole range of things, making decision-support technology an important priority for altruists. It was listed as one of 80,000 hours top priorities, for example. I haven’t seen many empirical examinations of how decision-making technology (fails to) improve our abilities, so I offer healthcare IT as a case study.

Clinicians sometimes order the wrong thing. Perhaps they forget the dosing and accidentally order 200 miligrams instead of 200 micrograms, or they order penicillin because they forgot that the patient’s allergic.

It’s relatively easy to program a computer to warn the user when their prescription is off by an order of magnitude or contraindicates with an allergy, but it turns out that doctors are actually pretty good at what they do most of the time. If they order an unusually high dose, it’s probably because the patient has an unusually severe case. If they order a med that the patient is allergic to, it’s probably because they decided the benefits outweigh the risks. As a result, these warnings are almost always noise without a signal.

The result is familiar to anyone who used the version of Microsoft Office with Clippy: clinicians slam on the keyboard to close all message boxes without bothering to read the warnings, completely negating any possible benefits. This “alert fatigue” (as it is politely termed) sometimes stems from organization’s fears of lawsuits keeping extraneous alerts around (Tiwari et al. 2013), but even in trials which are done specifically to improve health and are judged successful enough to publish, less than a fourth have any impact on patient outcomes (Hemens et al. 2011).

Anyone who’s done computer learning is aware of the maxim “garbage-in, garbage-out”. Even the most amazing prediction algorithm will give bad results if you give it bad input, and current medical algorithms are far from perfect.

Medical records are written of, by and for humans, and there is a large resistance to change. If your program requires someone with MD-equivalent skills to translate the patient’s free-text chart into a discrete dataset that the software could analyse, then why would you use it? You might as well just hire the doctor to do the diagnosis herself.

This problem is largely what’s held back programs like MYCIN. While they work great if your research grant provides for a grad student sweatshop to code data into your specialized format, it doesn’t work so well in the real world.
Doctor-Hardness
To summarize these two problems: people had originally thought they could slice off just a tiny piece of clinicians’ jobs and improve that without worrying about the rest. But it turned out that in order to do well in this tiny slice they needed to essentially replicate all of what a doctor does - in computer science terms, these problems are “doctor-hard”.

What have we spent to get these minimal benefits?

The NIH’s Biomedical Information Science and Technology initiative has funded about $350 million dollars worth of research (not all of it in clinical decision support), but this amount pales to to what governments have spent in getting IT into the hands of front-line physicians.

The HITECH Act (part of the 2009 US stimulus bill) is expected to spend about $35 billion on increasing the adoption of electronic medical records. On the other side of the pond, the NHS’ troubled IT program ended up costing around £20 billion, up a mere order of magnitude from the original £2.3 billion estimate.

An explicit cost-benefit analysis of decision support research would require a lot more careful analysis of these expenditures, but my goal is just to point out that the lack of results is not due to lack of trying. Decades of work and billions of dollars have been spent in this area.

In retrospect, I think one argument we could have used to predict the non-cost-effectiveness of these interventions is to ask why they haven’t already been invented. The pre-computer medical world is filled with checklists, and so if there was an easy way to detect mistyped prescriptions or diagnose bacterial infections, it would probably already be used.

This is to make a sort of “efficiency” argument - if there is some easy way to improve decision making, it’s probably already been implemented. So when we’re examining proposed decision support techniques, we might want to ask why it hasn’t already been done. If we can’t pin it on a new disruptive technology or something similar, we might want be skeptical that the problem is really so easy to solve.

Brian Tomasik proofread an earlier version of this post. 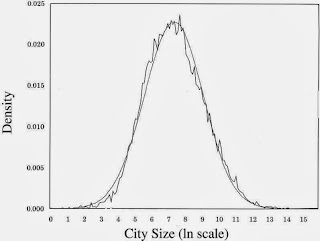 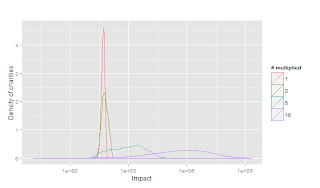