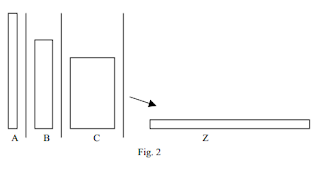 Group Theory and the Repugnant Conclusion


A fundamental question in population ethics is the tradeoff between quantity and quality. The world has finite resources, so if we promote policies that increase the population, we do so at the risk of decreasing quality of life.

Derek Parfit is credited with popularizing the importance of this problem when he pointed out that any population ethic which obeys some seemingly reasonable constraints must end up with what he called "the repugnant conclusion" - the conclusion that a world full of miserable people is better than a sparsely-populated world full of happy people. Since Parfit, there have been a range of theories seeking to preserve our intuitions about ethics while still avoiding this conclusion.

One discovery of abstract algebra is that we can understand the limitations of systems based solely on the questions they are able to answer, even if we don't know what the answers are.

Here, I'll consider any system capable of answering a question like "Are two people who each live 50 years morally equivalent to one person who lives 100 years?" (Again, we don't require that the answer be "Yes" or "No", but merely that there be some answer.) For notational ease, I use the symbol $\oplus$ to be the "moral combination", e.g. the above question can be written $$(50\text{ years})\oplus(50\text{ years})=100\text{ years?}$$ Such a system I will call a "moral group" and require that it obey a few standard requirements. These are:


With this definition, we have an impossibility theorem:

This means that for any world with people $x_1,x_2,\dots$ of high welfare, there is an equivalent world $y_1,y_2,\dots$ with more people, each of whom have lower welfare. By adding some person of low (but still positive) welfare $y_{n+1}$ to the second world, it becomes better than the first, resulting in the repugnant conclusion.∎
0 comments

Symmetry is all around us. The kind of symmetry that most people think of is geometric symmetry, e.g. an equilateral triangle has rotational symmetry:

I've rotated the triangle by 1/3 of a rotation, but it remains the "same", just with a "relabeling" of the points. Hence this rotation is a symmetry of the triangle.

Ethical positions generally express another type of symmetry; when someone argues for "marriage equality" what they mean is that the gender of partners is merely a "relabeling" that keeps the important aspects like love and commitment the same. Symmetries in pain processing between humans and other animals has lead thinkers like Richard Dawkins to declare that species is merely a relabeling, and that causing pain to a cow is "morally equivalent" to causing pain to a human, calling our eating practices into question.

In 1854 Arthur Cayley gave the first modern definition of what mathematicians call a "group", and showed that groups are essentially permutations, thus establishing the theory of groups as the language of symmetry. Despite the importance of groups to symmetry and the importance of symmetry to ethics, I'm not able to find any ethical works based on group theory. So I hope to give what may be the first ever group-theoretical proof of ethics.

"Group-like" Ethics
I'm going to be concerned with questions like "is having two people, each of whom live 50 years, equivalent to having one person who lives 100 years?" I don't require that this question be answered either "yes" or "no", but only that the question has some answer.


Any ethical system which has an operation like $\oplus$ I will call "group-like" (although observant readers will note that I'm making fewer assumptions than what groups require - technically this is a "unital magma").

"Utilitarian-like" Ethics
The classic definition of "utilitarianism" is to look only at happiness and to define $\oplus=+$, e.g. two people with five "units" of happiness is equivalent to one person with ten units of happiness.

There are a plethora of "utilitarian-like" ethical theories which define $\oplus$ as being sort of like addition, but not really. For example, negative utilitarians would first discard any pleasure, and look only at the pain of each individual before doing the addition. Prioritarians wouldn't completely disregard pleasure, but they would weight helping those in need more strongly. The Sen social welfare function weights income by inequality before doing the addition. And so on.

I will describe an ethical system as "utilitarian-like" if it is equivalent to doing addition with some appropriate transformation applied first. Formally, utilitarian-like operations are of the form $x\oplus y = f(x)+f(y)$.

The Theorem
With these definitions in mind, we can state our theorem:


The only ethical system which is both group-like and utilitarian-like is classical ("Benthamite") utilitarianism.

Discussion
The reason why Prioritarians et al. fail to be group-like is something I haven't seen discussed much in the literature: a lack of an identity element.

Consider a few possible worlds in which we add someone of utility 2:


In the first case, adding someone of utility two improves the world. In the second, it keeps the world the same and in the third it makes the world worse.

That negative utilitarianism requires this isn't immediately obvious to me, and I believe it to be a non-trivial result of using group theory.

Conclusion
We might view negative utilitarianism or prioritarianism as a form of "pre-processing". For example, we might say that painful experiences affect utility more than positive ones. But when it comes to comparing utility to utility, it must be "each to count for one and none for more than one" with all the counter-intuitive results that implies.
9 comments